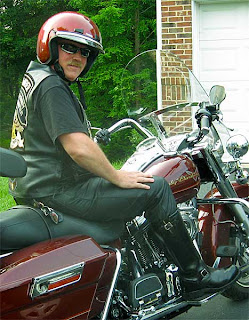 Frequent visitors to my blog come here because they enter a question like “Where can I find masculine gay men” into a search engine like Google which directs them here. Perhaps it’s because I have written blog posts before about masculine gay men. Being one, I know something about which I speak.

In looking for a masculine gay man, one first has to overcome believing certain stereotypes about gay men. (See this blog post from September 3, 2010).

Masculine men project confidence. They walk, talk, and behave in a positive, secure manner. Straight men who ridicule gay men are demonstrating insecurity and fear, as well as a reflection of social stereotyping that they have been misled to believe.

But back to the topic — where are masculine gay men found? Well, it is somewhat easier to describe where they are usually not found:

If I were looking for a masculine gay man, where would I look?

I have joined, unjoined, reviewed, and looked at dozens of social networking websites, including the most popular general sites like Facebook, MySpace, Bebo, Friendster, and others, as well as those that are gay-oriented, like Recon’s family of websites (WorldLeathermen, Bootedmen, etc.), Gearfetish, BLUF, Hotboots, and others. There are masculine men who participate on these sites, but there are also a lot of wannabe leatherdudes, drama queens, and lonely people. And a lot of participants on the gay social networking sites are bottoms. Masculine men tend to be Tops. It’s hard to tell who’s who by a web posting anyway. Unfortunately, there are a lot of people who post misleading content and use photos that do not represent who they are today.

If you are looking for a confident, sane, safe, normal masculine man, my advice is not to rely exclusively on the Internet. As I said, there are some masculine gay men who participate on various websites, but not that many. And it takes a long time to discover them, make a connection, build a friendship, and perhaps meet. Geez, I participated on hotboots.com for a long time before the masculine men whom I have befriended closely and I connected.

Instead of relying on on-line sources alone, I suggest: get out! Join a club! Get involved in your community! Join a team (even just to help out if you can’t or don’t want to play)! Socialize with straight people!

Perhaps a group in the unlikliest of places may have a masculine gay man in its midst. For example, my best friend AZ is very active with his Catholic church and its activities. Several men in some “straight” motorcycle clubs that I know are gay. They don’t wear a sign. In fact, they may still be quite in the closet. Eventually, though, as you get to know people, you’ll find out.

Don’t sign up for the next gathering of the leather-clad clan just because a lot of dudes in leather will be there. Wearing leather and boots doesn’t make a man masculine. His self-assured attitude, secure nature, and confidence does. Heck, I’ve seen more than my share of once-a-year leather queens at these events. The attendees aren’t quite what the advertising projects.

In summary: break that bubble. If you are a gay man who is interested in finding another gay man who is confident, secure, safe, sane, and masculine, then my advice is to open your circle and socialize with all sorts of people in activities that you would enjoy doing. Be yourself. Smile. Relax. Enjoy. It will happen — you will meet that guy. You just gotta look in a wider circle.

Life is short: relax and enjoy the ride!

9 thoughts on “Where Do You Find Masculine Gay Guys?”