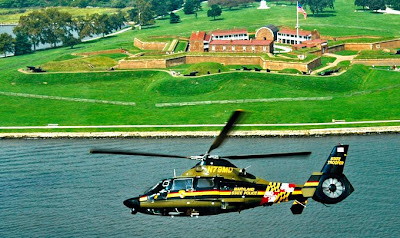 Some days I just love my job! Tuesday was an inspirational day.

Photo above: my transportation. Behind it: Ft. McHenry, the fort that was attacked by Royal Navy ships during the Battle of Baltimore in the War of 1812. It was this battle, witnessed by Francis Scott Key, that inspired him to write a poem titled “Defence of Fort McHenry,” later named The Star Spangled Banner when it was set to music and became the U.S. National Anthem in 1931.

Photo above courtesy of a colleague.

Photo below: among the sights I saw, our Maryland Chesapeake Bay Bridge. 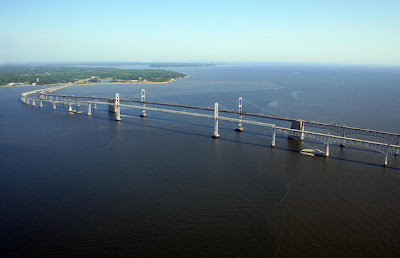