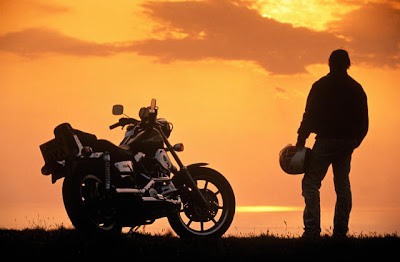 That is not me in the photo above, but it expresses how I am feeling. A bit of melancholy as my Harley and I face the sunset of a pleasant summer of 2008. August hasn’t ended yet, but by the looks of the volume of materials to review for upcoming meetings and public hearings and on and on, my summer recess is over!

I remember as a kid that I thought it was cruel and unusual punishment for school to continue through the third week of June in Maryland. It already had been warm since April and the days were longer. Last place I wanted to be was in an school with no air conditioning in the middle of June!

Almost as soon as school ended, Mom and Dad would pack all of us into (two) cars (there were a lot of us kids) and take us to see our country — north, south, east, west, and everywhere in between. We would be on the road for about six to seven weeks, staying in each destination for a few days, see the sights, the State Capitol, caves, mountains, rivers, oceans, and much more. I really loved those summers. Especially the trip where each parent thought the other had my sister (the one who drove me craziest) in the other’s car. They inadvertently left her in the bathroom at a gas station in the middle of Nebraska. Rats! They figured it out and Dad went back to get her.

As an adult, my summer really doesn’t begin until afte 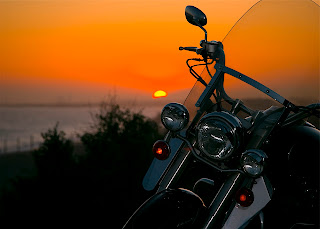 r Independence Day (July 4), as my volunteer life consumes me even longer than school days did. Then I get through my company’s mid-July week-long conference. After that, I’m home free. While I still go to work, things aren’t rushed or crazy. Washington typically “evacuates” during this period. There is much less traffic on the road, fewer passengers riding the subway, and it’s just easier to get around. If I ate out at lunch (which I don’t), I’ve been told it’s much easier to get a table at a restaurant.

I took my ideal vacation last week — a “staycation” where I took a week off work and stayed HOME! While I did a number of things for my family and worked a bit on the house, I also allowed myself some “playtime” and you saw some of the results in blog posts from last week.

Well, it’s all about to come crashing to a halt. E-mail related to my volunteer activities has been flowing in very fast. Papers, reports, maps, charts, graphics… lots of “stuff”… have been flowing to me for review. Most of it is on-line now (saving millions of trees). Nonetheless, if I learned anything from my political mentor, it was to read everything and then read it again. That’s how I get on top of my game. But man oh man oh man, that takes a lot of time.

And on top of that, my partner has been complaining about my boot collection becoming too cumbersome for him to deal with. Drat, he tripped over one pair of boots and now the world will end. So instead of playing, riding my Harley, and relaxing this weekend, he has an agenda for constructio 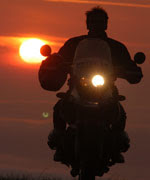 n of some utility storage for my boots. And he won’t rest and stop harping on it until it’s done.

Well, the “Labor Day” weekend will involve more “labor” than “weekend”. I have carved out a small period of time to go on a motorcycle ride to a crab feast on Sunday. But that’s it. And come next week, watch out! The routine will have returned with a vengeance. Wish me peace!