The following guest blog was written by someone from Belgium who visited this blog, read many of my previous posts, and sent me an email. He brings to light interesting points about views of masculinity, women’s roles in today’s society, influence on choices of clothing, and more specifically, boots as a choice of male footwear.

In honor and respect of privacy, I will not reveal the writer’s name or contact information, but if you have comments, please leave them on this post or write to me and I will forward your comments to him.

Guest Blog from a Straight Man in Belgium

For me, a man’s sexual orientation is not important. But as a straight man (married, with 3 kids) I notice how many straight guys are in fact very insecure and confused.

I don’t see this confusion amongst women. What is masculine these days in a society where women are playing more and more a leading role? Is there still room for old fashioned masculinity? Don’t get me wrong. I’m glad that women have taken their rightful place in society, but it has left lots of men (and boys) in confusion. Not that they want to turn back the clock, but we do have to re-evaluate what being a man is about. 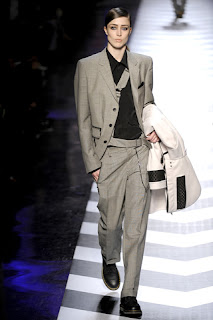 I wonder if the boots-are-gay-thing isn’t just an aspect of this. Women have adopted more traditional men’s wear (e.g., boots). It started after World War I, during the roaring twenties, when women in Europe demanded the right to vote. At the same time the French female fashion designer Coco Chanel invented a masculine inspired form of women’s fashion that still has its influence till now. Coincidence? I don’t think so, because a few decades later, in the sixties, gogo-boots became a huge fashion. Is it a coincidence that it started at the same time that women were massively emancipating? Again, I don’t think so.

Fashion designers are artists who just pick up the spirit of their age and transform it into fashion. So, women demanding their place in society wanted to show this emancipation by wearing powerful clothing. The fashion designers made this clothing. Boots have always been associated with power and so women wearing boots show their “girl power”. Just observe how some women wear their boots in an office and you’ll see what I mean.

But where does it leave the men?

Again, I think men are very much confused. They don’t know any more what it means to be a man. To be honest, I don’t have a ready-made-answer either. Maybe every man has to find out himself what he thinks being a man is about. 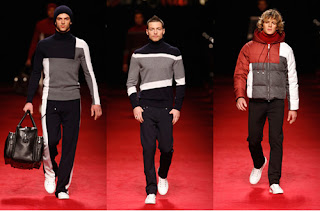 What I do know is that this confusion also makes men insecure on what to wear. Some men just play safe and stick to the suit, that always works. All the others stick to sportswear, because sports is masculine. Far searched? I don’t think so. The famous fashion designer, Dirk Bikkembergs, uses soccer as the model for his men’s clothing. Everything is soccer-based, so you’ll find lots of sneakers in his line of footwear.

Where does it leave the boots? 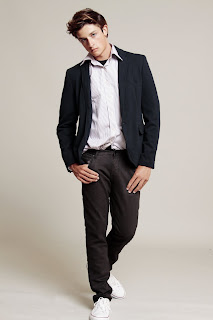 Well, I think lots of men stick to sneakers because it’s sports and thus masculine. Since women now mostly wear boots, some men will accuse those men who wear boots to be feminine (read gay). They get confused because “real” men wear sneakers. Ridiculous? Absolutely, but it shows the level of confusion. So, if you feel confident as a man (and I really don’t care weather you are gay or straight) wear what you want to wear, but do it with confidence. So, if you want to wear boots, do it!

And for the straight guys: women like a man with confidence. If you wear boots with confidence and style, they’ll love you for it. Because although a lot has changed, some things haven’t. Women want men with personality and for me boots are a nice way to show off my masculine personality. Trust me, it works. And now I think about it, it probably is the same in gay relationships. Don’t we all want a partner with personality? 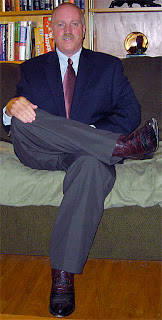 Note from BHD: I sincerely appreciate that readers take time to send me comments or thoughts about what they read on this blog. I invite guest posts from others, and assure you that I will maintain respect for the privacy of individuals who communicate with me.

As for my footwear? I’m comfortable in my own skin (or the skin of cows). No worries, I’ll remain booted wherever I go, whatever I do.