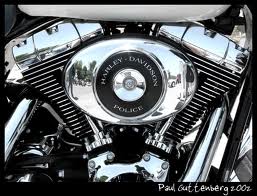 I read an interesting internet search that landed a visitor to this blog (but on a page unrelated to this question…). The question was, “is it legal to ride a police motorcycle if your not a cop?”

Good question! And the answer is….

Yes! It IS legal to ride a police motorcycle if you are not a sworn peace officer provided the motorcycle is not equipped with working lights, sirens, or has official markings on it such as the name of a law enforcement agency or the words “police” or “sheriff.” (I guess I should add: don’t wear a law enforcement replica uniform while riding it, either.) 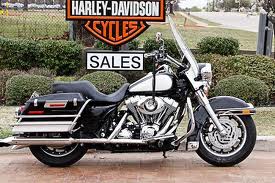 I have several friends who are not sworn law enforcement officers and who have purchased used police Harleys and ride them. When the motorcycle was sold or surplussed by the owning police agency, all markings were removed, along with the equipment (flashing lights, siren, radio, and so forth.) The running lights on the front of the bike were changed to clear lenses (instead of one having a blue lens and one having a red lens). The electronics were changed to make those lights stay on, rather than alternate to appear as if they were flashing. All LED lights along the sides and back of the bike that would flash when activated by a cop were also removed. Essentially, they returned the bike to look like its civilian cousins.

Funny, a while back someone in my motorcycle club who is part of a close clique who talk about me behind my back found an ad on an internet auction site that was offering a used Police Kawasaki that was the same make and model used in the TV show, “CHiPs.” He sent me the link with the implied suggestion that since I own a CHP replica uniform, that perhaps I would like the bike to go with it. Nope; I have one motorcycle, and I’m not into maintaining an old bike. Plus, I don’t have anywhere to keep it. This incident shows, in a way, what straight guys think about gay guys who like to wear replica uniforms from time to time. They just can’t figure us out.

Anyway, back to the topic. My Harley Road King is almost exactly the same as some police motorcycles, but it does not have the equipment that cops have on theirs. My buddys’ police Road King motorcycles look similar.

What makes a police motorcycle different is the equipment added on to it (lights, siren, radio), its markings, and (for a few model years), the engine size. Police Harleys had a 103cu engine (1688cc) since 2007, while other Harleys of that class didn’t get the 103cu engine as standard until the 2012 model year. There are also a few adjustments made to how the engine and transmission operates and the size of the tires, but those changes are not a big deal. 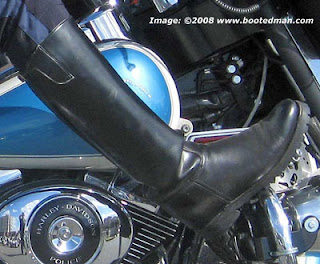 To summarize, it is legal to ride a police motorcycle if you are not a cop provided you do not try to impersonate one by wearing a replica uniform that looks like a police uniform while riding the bike (i.e., implying you are a cop), and that the official markings and police equipment are removed from the bike. Just like it is legal for a guy who is not a cop to wear police motorboots.

Good question! Too bad you landed on my blog post about the legality of wearing a replica cop uniform on Halloween! LOL!