I ride my Harley as often as I can, which includes my short commute to work on busy suburban roadways.

There are three things that other drivers do that could kill me if I were not prepared for their thoughtlessness:

1. Three lanes of traffic, riding in the middle lane. A bus is up ahead in the right lane. People keep driving along but as soon as they see the bus slowing down to make a stop, they dart into the middle lane without looking. Some may say that they scan their rearview mirrors, and they might just “scan” but they don’t really look. So yesterday, like many other days, I avoided getting clobbered by a nim-nose-ninny by expecting him or her to cut me off. Without fail, they will. 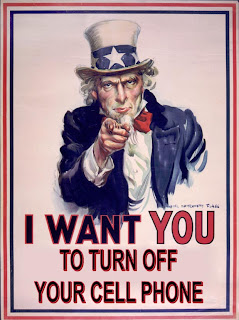 2. People yapping on their cell phones while driving. Despite that behavior being against the law in my state and many others, in their minds, the law applies only to other people. You can often tell who is doing that, because they drive 10mph below the speed limit. Then they react suddenly, or may swerve into another lane (my lane) when they discover that another car is in their way or traffic is slowing for a light or whatever…. 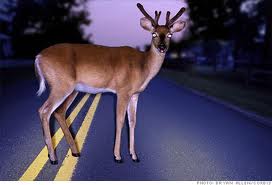 3. Animals. Yep, particularly this time of year, it is quite common in the early morning for herds of deer to be along the side of the road. They see your headlight, and you think, “they realize it is a vehicle so they will stay away.” Not so. Just yesterday morning, like many mornings, a deer darts into the road, followed by the remainder of the herd. Those animals are dangerous, and won’t watch for you so you have to be extra alert to watch for them and be prepared to stop or take evasive maneuvers.

I don’t know which is worse — the four-legged or the two-legged animals that make driving hazardous. I just wish the two-legged variety would pay attention — completely — to their driving while operating a 5,000-lb death machine on the road.

Hang up and drive. Really use your mirrors. While your taxes pay for the road so you own it, my taxes do too, and I have as much of a right to use the road safely as you do.