Dear Readers: this post was written by a friend who I invited to write a guest blog series about his thoughts about wearing leather gear. He is straight, married with children, and has interests that parallel mine. Enjoy a series of great reads!

First of all let me start out by saying that if this blog entry got out amongst my fellow Baptist friends I’d pretty much be finished! I’m not ignorant, I know it is going out onto the Internet, however in a somewhat anonymous fashion. 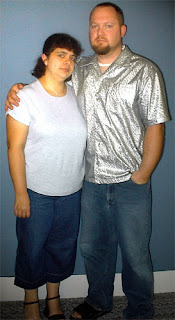 So what happened? Simple. I started a little business making leather wrist cuffs, and I immensely enjoy it. I like making the stuff, selling the stuff, taking it to shows, doing custom orders…all of it. For the first time in a long time I really enjoy my work! 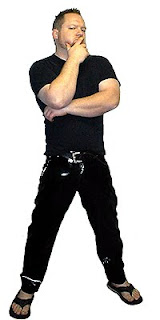 I think I have always loved leather. Actually I have but I didn’t know it. As a youth I was always attracted to slick shiny things. In the 70s it was anything satin. In the 80s it was vinyl and latex. I worked in a call center with no dress code and in the late 80s and early 90s I would wear latex jeans to work. I had several colors. I liked the way they looked but they were hot and sticky. I had not yet considered leather.

In my 30s I started noticing leather; but I wasn’t really into it. I thought a pair of leather pants might be cool to have, and I have always liked boots. In my 20s I was a deputy sheriff and I wore boots as part of my uniform. The boots represented rigidness and adherence to a code. When they get dingy you can shine them up and they look new. They stand out no matter what you are wearing. They represent order and neatness. I’ve always had at least one good pair of leather boots. 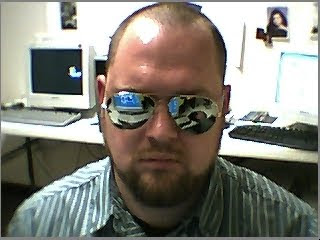 In my late 30s I was an I.T. manager for a manufacturing company. I was there for five years. I remember how I hated going up to that office every day and sit in that little room with no windows. I was making good money but I absolutely hated going to work. One day the boss came in and fired me. He said it was nothing personal he just wanted to try something different.

His choice didn’t really work out for him. The brain-child that wooed him into the decision to get rid of me only stayed a short time and left a big mess. I came out of it with the thought that I would never again put myself in a position where I could be fired. (Just wait for it. I am going somewhere with this.)

One of the things I did when I had the I.T. job is shave my head. I was getting a little thin atop. Bald was making its appearance and I liked the bald-goatee look. My boss told me I looked like a gay forest ranger. I didn’t know there was a stereotype there. It may have led to the demise of my job. Of course there is no way to know.

After loosing the job I went through a year of depression. Serious depression. I came out of it with the help of Prozac, and Vitamin D. I no longer take the Prozac finding that probably some good counseling and vitamin D was what I really needed.

I am now in a good place. I have decided that even though it is a little selfish, I am half way through my life and I am going to care less about what people think about me and do what I like. I am going to embrace my passion.

Check back tomorrow for Part Two: Embracing My Passion.