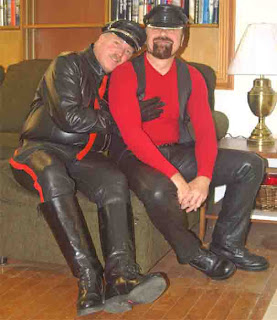 The United States has made so much progress in the last decades in some civil rights matters. The most obvious being the active participation in our political process by people of all races.

We just elected our first Black President. All the pundits everywhere you turn — in the press, television, blogs, and the internet in general — are all exclaiming how proud and happy they are to elect a Black man as President. Some of this outcry by the media, to me, is disingenuous.

Mr. Obama didn’t win because he is Black — he won because of the nature of his well-organized, well-managed, highly skillful campaign, his unflappability in the face of fire with calm, steady reserve, for staying “on point and on message,” and also because of the backlash when people finally woke up to realize that the current President and his policies were so awful. And, I risk saying, Mr. Obama won despite the fact that he is Black. That’s a good thing. People overlooked race and looked at issues, and that’s how it should be.

Unfortunately, our country has a long, long way to go when it comes to recognizing that two people who love one another should have the right to be married, regardless of their sex. It became illegal to ban marriage between races. It should not be allowed to ban marriage between two men or two women who love one another. But that isn’t going to happen overnight, and those who demand marriage equality instantly don’t recognize that this struggle has the same time parallels as the struggle for civil rights regarding race.

Unfortunately, there’s a huge and different elephant in the room when it comes to civil marriage between two men or two women — and that’s religion. The problem is that marriage is both a civil contract for which a state issues a license, and a sacrament in most religions. Thus, the religious angle enters into and vastly confuses the whole matter. We just have to keep focused on the fact that a civil marriage is all we’re talking about — not a recognition by religion.

Our country, bless its mixed-up soul, has made great strides to go from laws that prohibited Black people from even voting to electing its first Black President, but we have regressed in a civil rights, as well.

Where is the regression? Some 39 U.S. states ban same-sex marriage by state constitution or statute, now including California, Arizona, and Florida. This is a matter that is fundamental to many of us who would like to have formal, civil recognition of our union of hearts — and the over 1,000 legislated benefits that go with it such as inheritance to taxes to guardianship of children.

With what looks like a defeat on Prop 8 in California, where now same-sex marriage will be prohibited in the state’s consitution — I don’t see any chance of progress on this issue for a long time to come. Heck, if the most progressive state with such a large Gay/Lesbian population can’t block a ban on civil marriage among same-sex couples in its state constitution, other states will be much less likely to consider any legislation recognizing our desire for civil recognition of our relationship.

It is a happy time for many people to be celebrating the election of our country’s first Black President, but it is a very sad time, as well, to see regression on a matter much more personal to my partner and to me, and many others.

But like the hard-working people who fought for racial civil rights, we have to be patient, we have to keep working, we have to keep demonstrating that we deserve equal and fair recognition under the law. We have to counter the attacks by the religious zealots who espouse Christian love for one another, and hatred otherwise. Their hypocrisy is clearly evident. People are seeing that now more than ever, and the power of the “religious wrong” is slowly sinking to a depth equal to that of their soulless actions.

As my eighth brother (AZ) said to me this morning on the phone, “patience, patience…”. I would prefer to have quicker movement on this issue, but I recognize that we must continue to work, one step at a time. Start with two hearts, then the families of those hearts, their friends, then on from there.

1 thought on “Our Country’s Progress and Lack Thereof”